Due to their small size and to the fact that they spend relatively little time at the surface it is often hard to spot Minke whales. Also its blow tends to be rarely visible because it is very low and diffused and also because they start to exhale before surfacing. Although the blow of a Minke is hard to see, it is known to be one of the smelliest out of all the great whales which has earned Minke whales the nickname “Stinky Minke”!

Minke whales are the smallest member of the genus Balaenoptera. They have sleek, robust bodies with a narrow pointed rostrum or snout and slender triangular heads with a prominent rostral/ central ridge that reaches a low set splash guard in front of the  paired blowholes (nostrils). The dorsal fin is relatively tall, falcate or curved and is set about 2/3 down the back. Around 50 – 70 ventral pleats or throat grooves extend to about half the body length. Pectoral fins are narrow and pointed. Tail flukes extend into 2 long tips with a median notch between the flukes.

Common Minke whales have the most complex coloration out of all baleen whales. The head and body of  these whales are usually dark grey/ black dorsally and the white on the ventral side, with streaks of white/ light grey shades on its flanks giving it a smoky pattern. The lower jaw is dark grey/ black but some individuals may have a white streak (mandible blaze) towards the rear end of the right side of the jaw. A light grey patch (rostral saddle) extends across the whole rostrum. They can often have a light grey stripe/ chevron (shoulder/ nape streak), as well as 2 large grey/ white patches, one behind the pectoral fins and the other close to the dorsal fin (thorax and flank patches). The most distinguished marking of the Common Minke whale is the diagonal white band present on the dorsal side of both pectoral fins (flipper blaze). This can also extend out to the body sometimes forming a shoulder blaze and even a dark grey axillary patch enclosed within the shoulder blaze. Another white streak known as the peduncle blaze may sometimes extend upward from the ventral field behind the flank patch. The tail flukes are a light grey/ white ventrally with a dark margin.

Common Minke whales have a life span of about 50 years and become sexually mature at around 6 – 8 years of age. Mating and calving occurs during the winter months of each hemisphere and year round in the pacific. After a gestation period of 10 – 11 months, they give birth to a single calf in the warm waters of lower latitudes. The calves are weaned after 4 – 6 months. Interval of reproduction is estimated to be around 14 months for females and may give birth every 2 years on an average.

Vocalization of Minke whales are quite varied and differ between subspecies. They are known to make a variety of noises that include clicks, thumps, grunts, pulse trains, ratchets, boings (in the pacific) and an extremely complex call unique to the dwarf subspecies known as the “star wars vocalization”. Common Minke whales are difficult to spot in the ocean and their vocalizations are very useful to tracking down and studying these animals.

Like other baleen whales Minkes are gulp feeders and carnivores, and feed by accelerating their speed and opening their mouths by expanding its ventral pleats, allowing them to gulp down massive amounts of water and prey. They then expel the water by filtering it through the baleen plates which hang from the top of their mouths, leaving their prey within. Number of baleen plates can range from 230-360

pairs in an individual. The Common Minke whales are opportunistic feeders and their diet differs upon the most abundant food source in a given region. They can be seasonal feeders, feeding in krill abundant polar waters during warmer summer months. Their prey includes plankton, krill, certain mollusks, small schooling fish and occasionally larger fish. Two feeding behaviors have been observed among Minkes:

When they do surface to breathe, the pointed rostrum/ snout breaks the water first whilst blowing, or will blow immediately after. The blowholes and dorsal fin can be seen out of the water together. They may exhale up to 7 times before going into a terminal dive. They quickly arch their backs into a high roll exposing most of their dorsal surface, but do not show their tail fluke when diving. They can stay submerged up to 20 minutes, but tend to go on shorter dives of less than 10 minutes. In certain areas Minkes are known to be very curious and to approach wharfs and even vessels.


Although around Sri Lankan waters Minkes are quite shy and seemingly inactive on the surface, other populations

around the world seem to exhibit active surface behavior like breaching and spy hopping. Their streamlined build allows them to reach high speeds of up to 30 km/h, specially while trying to evade predators such as Orcas (Killer whales), and even engage in porpoising, where long jumps are made while travelling at high speeds close to the surface. Porpoising is rarely seem in undisturbed whales.

While Killer whales/ Orcas appear to be the biggest predator of the Common Minke whale, through out the last century they have suffered enormous loss at the hands of humans; directly, as a result of whaling which is still pursued by countries like Norway and Japan, and also indirectly due to various anthropogenic activities. These include incidental take in fishing gear or by-catch, underwater noises such as extremely loud naval sonar, ocean pollution and habitat disturbance and also being hit by ships. International trade of Minke whale products are prohibited by CITES under appendix I, and catch limits for the species are set at 0 by the International Whaling Commission (IWC) although Iceland and Norway are exempt from this moratorium and Japan uses permits for whaling for scientific research. Balaenoptera acutorostrata is listed as Least Concern (LC) in the IUCN redlist.

This article is provided for information sharing purposes only. The author apologises for any errors or omissions – please be in touch to notify us of any corrections or comments via comment section below: 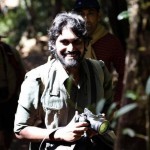 Hey there! I'm Damian, and I'm the CEO at "WALKING WITH WOLVES". I work as a rafting guide, a yoga instructor, an OBT trainer and a wildlife guide. I love animals and being out in the wild. I love reading, writing and playing my guitar. But most of all, I love this crazy little island that I live in, and love showing people around it, and teaching people bout it.

How to travel smart in Sri Lanka
Sri Lanka is an amazing place to travel. It is a small island with an amazing diversity offering much to see and do for all types of travellers. With a booming tourism industry and a lot of tourism-related infrastructure being developed over the last decade, Sri Lanka has definitely diverged ...

HISTORY OF SRI LANKA (PART 2)
The history of Sri Lanka - from the Polonnaruwa Kingdom to Kandy, the last Kingdom of Sri Lanka. Learn about important historical sites to visit.

HISTORY OF SRI LANKA (PART 1)
The history of Sri Lanka - from a prehistoric cradle of man to the glorious Anuradhapura Kingdom. Learn about important sites to visit.